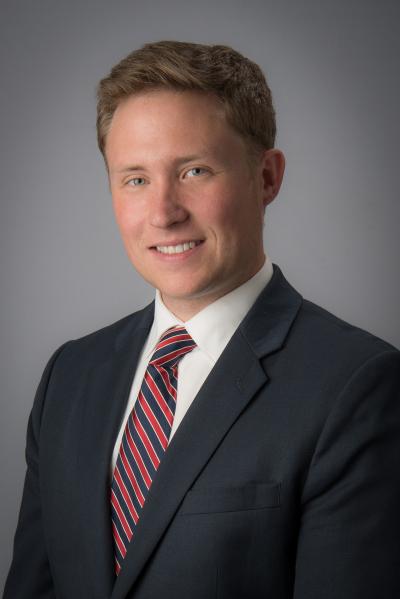 Robert Lawyer has dedicated his career to litigating on behalf of the people and businesses of the North Country.  Having grown up in Tupper Lake, New York, he returned during the summers between law school semesters to work for the firm under the tutelage of Jeremiah Hayes and John Muldowney.  Immediately upon graduating, he began practicing as an associate for the firm until obtaining his current status as a partner of Fischer, Bessette, Muldowney & McArdle, LLP.  He is proud to be a member of the firm where he began his legal career.

Robert primarily focuses his practice in civil litigation and worker’s compensation.  He has successfully tried numerous cases before the Supreme Courts of New York State and has similarly obtained favorable decisions before the State’s Appellate Divisions on behalf of his clients.

Robert handles a wide array of cases ranging from personal injury cases to property disputes, including construction litigation, timber trespass, and contract disputes.  He takes a client-first approach in the courtroom, which he feels ultimately aids his clients in obtaining favorable results both at trial and in negotiations.

Robert graduated from Tupper Lake High School before attending Ithaca College.  In preparation for his career as a litigation attorney, Robert was frequently recognized for his accomplishments at Albany Law School.  He was twice given the prestigious Capital District Trial Lawyers’ Association Prize, an award given to the school’s best trial advocate in the AAJ Nationwide Trial Competition.  In his final year, he was awarded the Best Advocate Award in the Senior Prize Competition.  Robert graduated having earned Deans’ List honors during all of his eligible semesters at Albany Law School.